Or register with email

Join our subscribers list to get the latest news, updates and special offers directly in your inbox 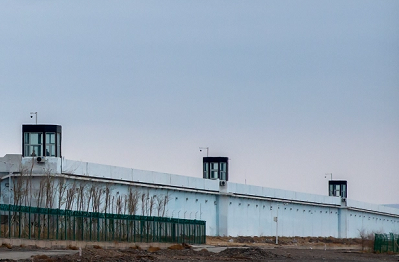 China’s detention of Uighurs and other mostly Muslim ethnic minorities in the northwestern region of Xinjiang may amount to “crimes against humanity”, the United Nations human rights office said in a long-delayed report that was finally published late on Wednesday.

The 45-page report called on Beijing to immediately release “all individuals arbitrarily deprived of their liberty”, clarify the whereabouts of those whose families have been unable to locate them and undertake a “full review” of its laws on domestic security and repeal all discriminatory laws.

The document, published 13 minutes before UN Human Rights Chief Michelle Bachelet’s term ended, came four years after a ground-breaking report from the UN Committee on the Elimination of Racial Discrimination that revealed that more than one million people were being held in a network of detention centres across Xinjiang.

The government of the United States as well as parliaments in the United Kingdom, Canada and France have since labelled China’s treatment of the Uighurs as “genocide”.

Bachelet’s report makes no mention of the word “genocide”, but concludes that “serious human rights violations have been committed” in Xinjiang “in the context of the Government’s application of counter-terrorism and counter-‘extremism’ strategies”.

“The extent of arbitrary and discriminatory detention of members of Uyghur and other predominantly Muslim groups … may constitute international crimes, in particular crimes against humanity,” it said.

Bachelet had called for “unfettered” access to visit Xinjiang since 2018, but was only allowed into China in May.

Following the tightly-choreographed visit which drew criticism from human rights groups and other experts, she announced she would not seek a second term. Her office came under pressure from China not to publish the report, while other countries pushed for its urgent release.

Beijing at first denied the camps’ existence but later said they were vocational skills training centres necessary to address “extremism” among Uighurs, a predominantly Muslim Turkic people who differ in religion, language, and culture from China’s majority Han ethnic group.

In a letter published in an annexe to the report, China’s Permanent Mission to the United Nations in Geneva said it firmly opposed the report’s publication, claiming it was based on “disinformation and lies fabricated by anti-China forces and out of presumption of guilt”.

“Living a happy life is the primary human right,” it added, stressing that “all ethnic groups in Xinjiang” were living a “happy life” because of the government’s move to “fight terrorism and extremism”.

It also attached its own 122-page report compiled by the Information Office of the Xinjiang government, Fight against Terrorism and Extremism in Xinjiang: Truth and Fact (PDF), defending its policies on national security.

Since the UN’s initial report on the camps in 2018, leaks of official government documents investigations by human rights groups and academics, as well as testimony from Uighurs themselves have revealed further details about the situation in the region. Uighurs say they have faced a host of abuses from forced sterilisation to family separation and humiliations, including being forced to eat pork or live with Han Chinese family “minders”. Uighurs are also widely believed to be victims of forced labour in Xinjiang’s enormous cotton industry.

Bachelet’s report was also not able to say exactly how many people had been held in what China said were Vocational Education and Training Centers (VETCs), but found a “pattern of large-scale arbitrary detention” targeting Uighurs and other Muslim communities in Xinjiang between 2017 and 2019. While Beijing has claimed an end to the VETC system, the UN report said there now “appears be a parallel trend of an increased number and length of imprisonments occurring through criminal justice processes, suggesting that the focus of deprivation of liberty detentions has shifted towards” formal imprisonment.

It also said allegations of torture and ill-treatment at the VETCs, including individual incidents of sexual and gender-based violence, were “credible” and raised concern over “serious indications of violations of reproductive rights through the coercive and discriminatory enforcement of family planning and birth control policies”.

Similarly, “there are indications that labour and employment schemes” in Xinjiang may “involve elements of coercion and discrimination on religious and ethnic grounds”.

A group of 60 Uighur organisations welcomed the release of Bachelet’s report, saying the document from the world’s leading human rights body offered the “most definitive assessment of the issues faced by Uyghurs and other Turkic peoples” in China.

“This is a game-changer for the international response to the Uyghur crisis,” said Uyghur Human Rights Project Executive Director Omer Kanat. “Despite the Chinese government’s strenuous denials, the UN has now officially recognized that horrific crimes are occurring.”

The groups urged the UN Human Rights Council to to establish a commission of inquiry to independently examine the treatment of Uighurs and other minorities in China and called on the UN Office on Genocide Prevention to immediately conduct an assessment of the risks of atrocities, including genocide and crimes against humanity in Xinjiang.

It also appealed to governments to take “urgent steps” to protect Uighurs at imminent risk of refoulement to China.

“The Office of the High Commissioner for Human Rights has waited far too long to deliver its report. The truth of China’s atrocities has once again been documented, and there can be no shying away from the obligation to act. Stopping genocide was a foundational purpose of the UN, and it must be upheld now,” said Campaign for Uyghurs Executive Director Rushan Abbas.

Agnes Callamard, the secretary-general of Amnesty International, meanwhile condemned the “inexcusable delay” in the report’s release but said this should not deflect from its significance.

“There must be accountability for the Chinese government’s crimes against humanity, including through the identification and eventual prosecution of those individuals suspected of responsibility,” she added.

Guard towers on the perimeter wall of the Urumqi No 3 Detention Centre in Xinjiang, China. The UN says China's detention of Uighurs may amount to crimes against humanity [File: Mark Schiefelbein/AP Photo]

How often do you perform the five daily prayers at the mosque?